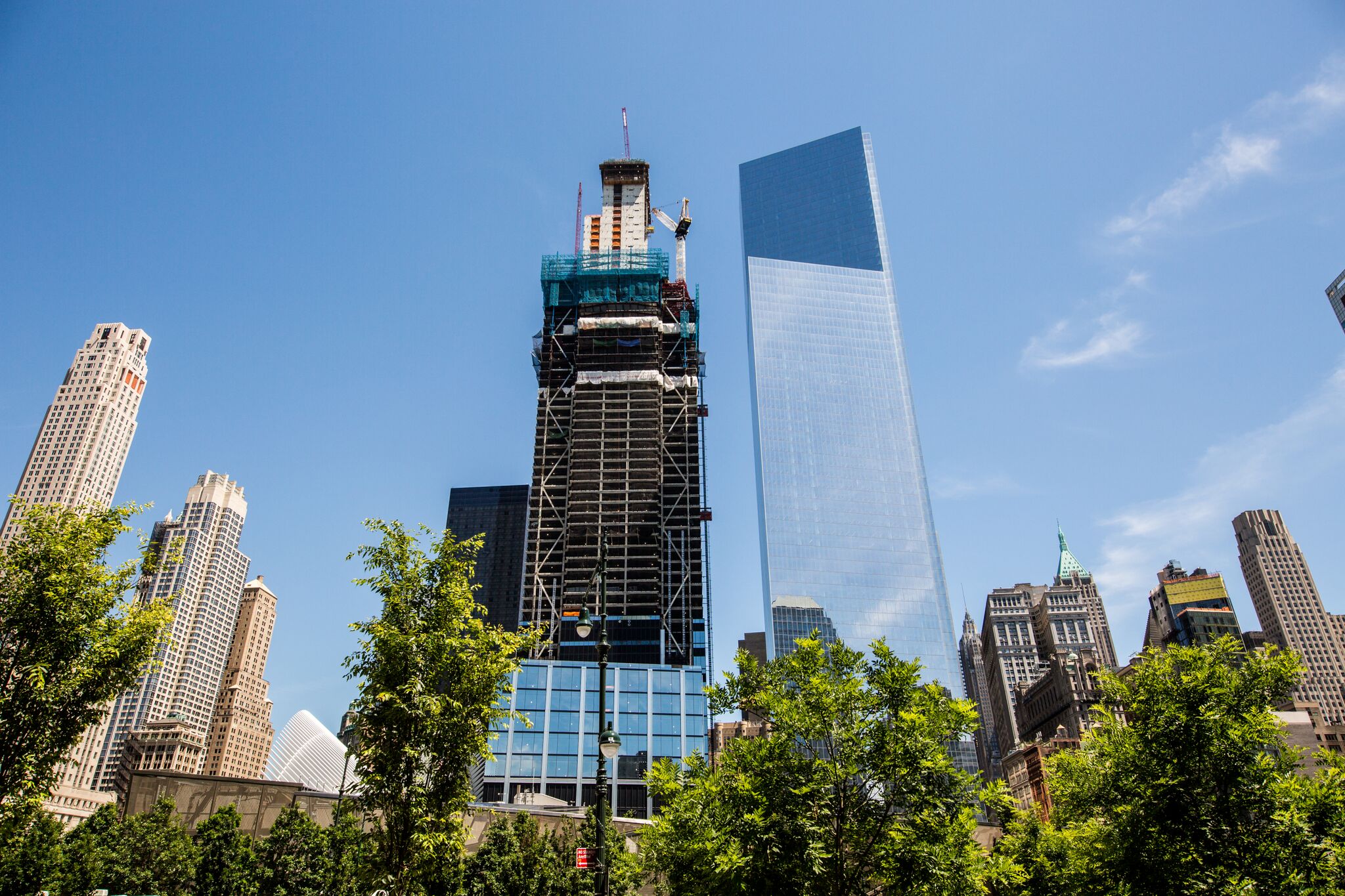 NEW YORK (CBSNewYork/AP) — A topping out ceremony at 3 World Trade Center marked the completion of the $2.5 billion building’s concrete core.

Developer Larry Silverstein joined hundreds of construction workers, public officials, business leaders and community members for the ceremony on top of the 1,079-foot tall tower. About 1,000 workers signed a massive construction bucket that was lifted to the brim, along with a big American flag.

Several workers at the ceremony still remembered the 16-acre pit of fiery debris they helped to clean up after the 9/11 terror attacks.

“This is very emotional,” said 53-year-old Frank Hussey, a native of Jamaica who watched the original towers fall in 2001 and has worked on every skyscraper that is now up at the site. “To have witnessed what happened and to go through all the different phases of cleaning up and construction, and watch people’s spirits go from low to high — all that makes today a great day.”

The tower is being constructed using a core-first method.

“We have reached height with our concrete first and then we’ll reach height again with steel,” said Sean Johnson, vice president of Silverstein Properties.

Usually it’s the other way around.

“We save schedule and costs,” Johnson said.

The building at 3 World Trade is one of three new skyscrapers that replace the twin towers destroyed almost 15 years ago. The others are the 72-story 4 World Trade Center and the main edifice of the rebuilt site, the 104-floor One World Trade Center that dominates the post 9/11 Manhattan skyline and is the city’s tallest building.

A fourth planned skyscraper is 2 World Trade Center, the foundation of which was built up to street level several years ago. That’s where the money also stopped, due to the lack of an anchor tenant that would make financing more likely.

As for the rest of the 16-acre site, there is the shimmering new Transportation Hub, with huge, white “wings” that Spanish architect Santiago Calatrava says represent the souls of the nearly 3,000 people who died in the 9/11 attack. The all-white marble underground concourse that crosses the entire trade center site is filled with shops that will also open in August.

Blocked off by chain-link security fences and armed guards is a bulky new dark gray building at the site’s southwest corner, with vehicle ramps leading underground. This is the security center that will screen trucks loaded with deliveries. The hard-core, concrete and steel construction of the complex is softened by the grass and trees surrounding the two memorial pools built in the footprints of the twin towers.

And in the works on the roof of the security center overlooking the memorial is the elevated public Liberty Park, nearing completion with a “Living Wall” installation of periwinkle, Japanese spurge, and Baltic ivy.