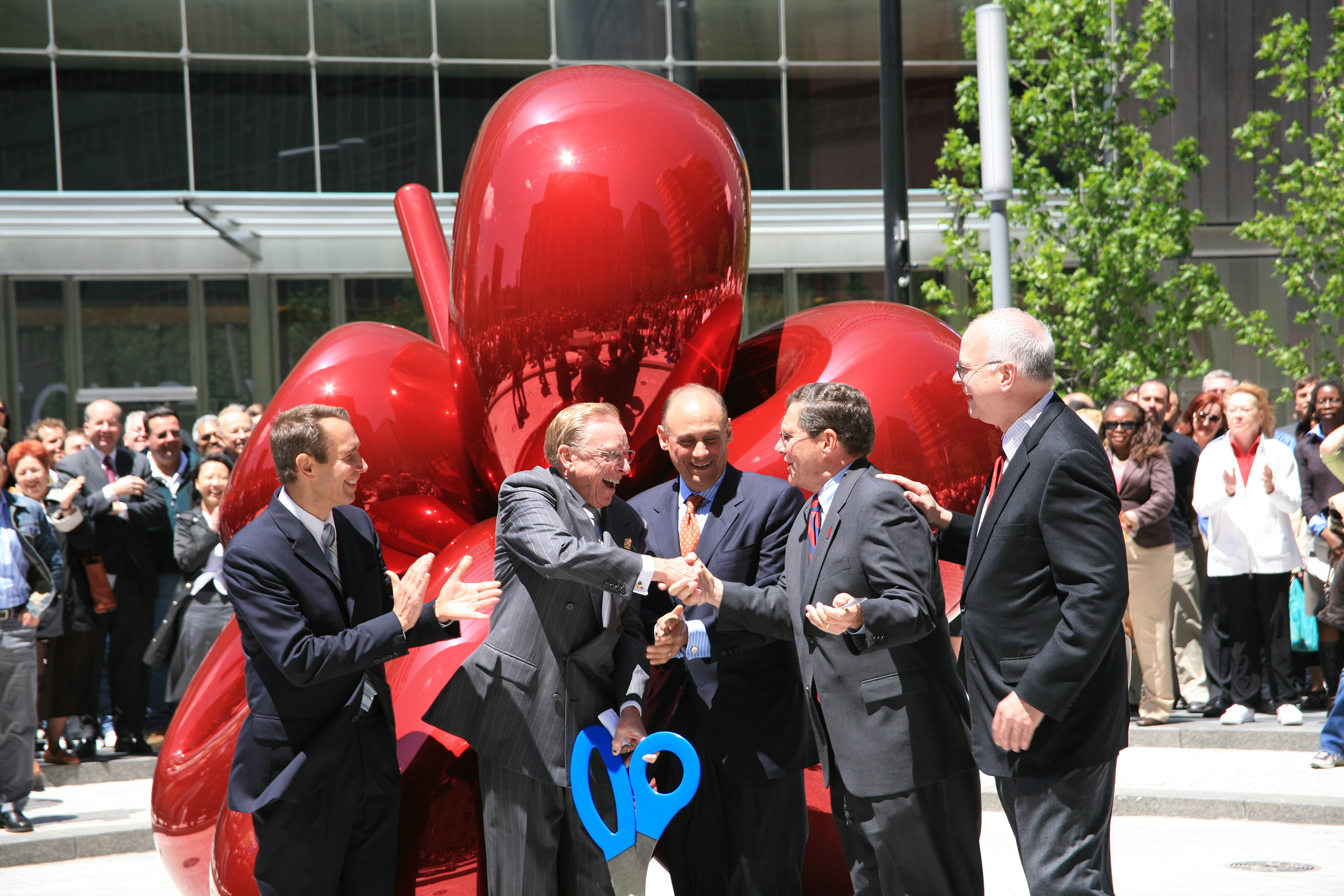 Of the many turning points in the rebirth of downtown Manhattan after 9/11, none were as game-changing as the opening of 7 World Trade Center on this date 10 years ago.

Booming downtown today is home to nearly twice as many people as in 2006. Two mighty office towers have opened at the 16-acre “Ground Zero” site and a third is rising. The memorial draws millions of visitors annually; the “Oculus” shopping complex will soon open; new hotels, stores and restaurants are popping up from river to river.

But it all started with the new 7 World Trade — which was widely ridiculed as a white elephant when it opened its doors nearly empty on May 23, 2006.

Despite a trickle of new residents, the area at the time remained forlorn. Office buildings struggled to find tenants. Street digs made much of the district below Chambers Street impassable.

Across the street from 7 World Trade, redevelopment of the Twin Towers site was bogged down in a swamp of disputes involving developer Larry Silverstein, insurers, the Port Authority, then-Gov. George Pataki and then-Mayor Mike Bloomberg. The gruesome, charred hulks of the old Deutsche Bank building and CUNY’s Fiterman Hall still bracketed the scene at either end.

Amdist the paralysis, Silverstein undertook a project of the kind most detested by the “glut”-fearing commercial real-estate industry: a “spec” office tower without a single one of its 1.1 million square feet pre-leased.

His vilification began soon after he broke ground in 2002. The sniping came from rival builders, brokers who called him greedy, The New York Times and the Daily News. Bloomberg said Silverstein should charge the neighborhood’s “going rate” of $35 per foot rather than the $50 he was asking.

The mayor wanted him to accept the rents of antiquated buildings — some of them 80 years old — for a state-of-the-art tower bristling with 21st century electronic, structural and environmental features.

Shamefully, neither Pataki nor Bloomberg showed up for 7 World Trade’s ceremonial opening — even though the first new tower to replace one felled by Mohamed Atta & Co. seemed clear cause for celebration.

For one thing, 7 World Trade was unexpectedly beautiful. The sleek-skinned, trapezoidal tower designed by SOM’s David Childs mediated elegantly between street and sky. More important for the city, it gradually drew tenants, including Moody’s and German bank WestLB. It was near full by 2008. Some companies paid $70 per square foot.

Suddenly, despite bleak prognostications that downtown would never fully recover, the World Trade Center and everything around it mattered again as a commercial destination.

Even after 7 World Trade proved its detractors wrong, they still hissed that Silverstein hadn’t put more than a dime into the job, because insurance proceeds and tax-exempt Liberty Bond financing let him build without risking a thing.

Reality check: Had 7 World Trade failed to draw tenants, it wouldn’t only have made Silverstein look like a dope — it would’ve crippled for years his ability to borrow.

Worse, an empty tower would’ve killed off any chance of putting up new towers at the site, much less of drawing great companies such as Condé Nast and GroupM.

Ten years later, let’s remember how many supposedly wise New Yorkers wished 7 World Trade hadn’t been built — and that one man’s stubborn vision prevailed over their pessimism and pettiness.