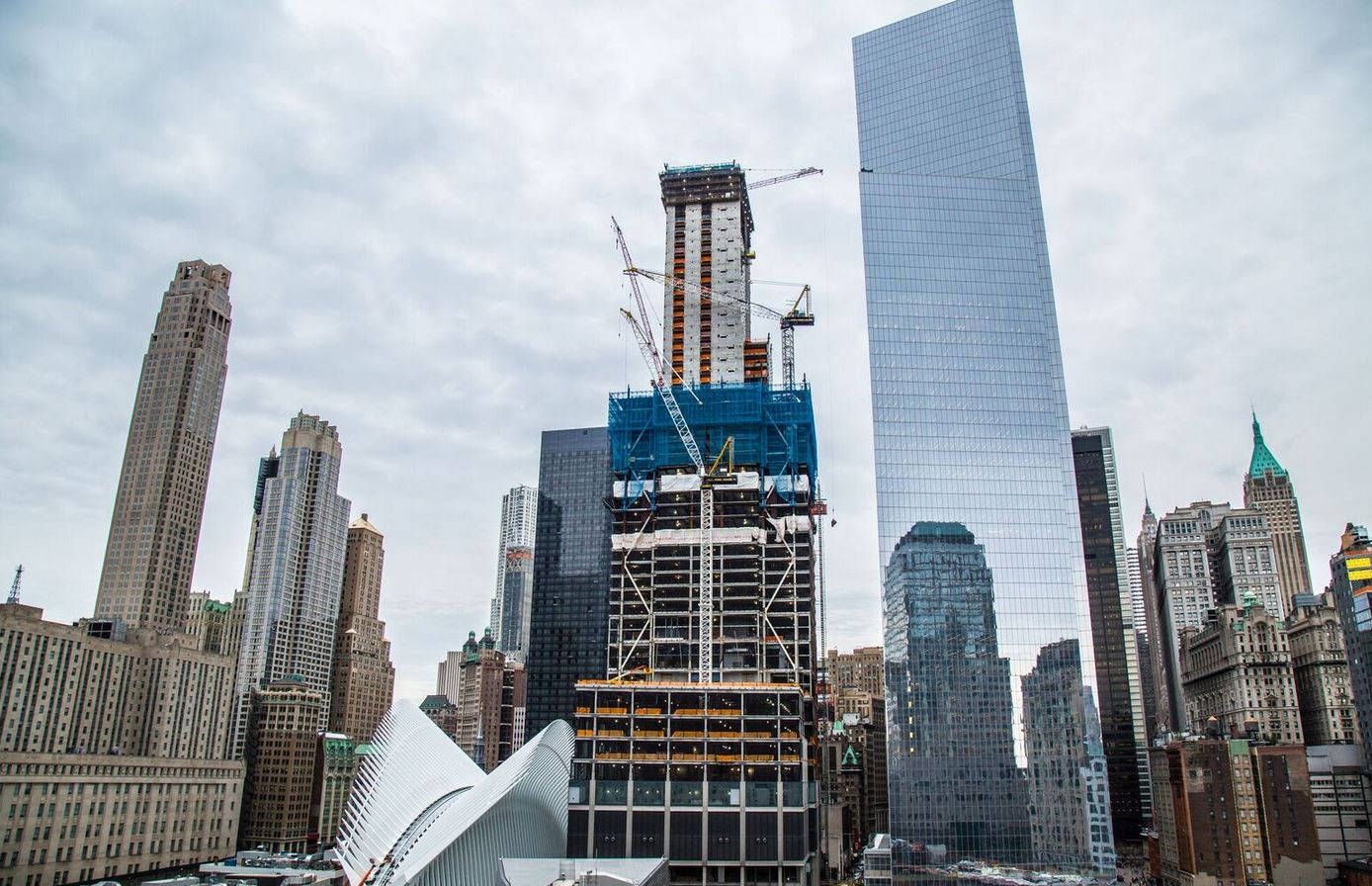 The New Year got off to a soaring start for Larry Silverstein at 3 World Trade Center.

With the clock ticking down on the end of 2015, WPP-owned media agency giant GroupM completed a lease for a 170,000-square-foot expansion at the fast-rising tower, insiders said.

Although sources confirmed the lease was signed by both sides, neither side would share other details except that Silverstein offered GroupM considerable future expansion options.

As we reported, GroupM will take floors 32 to 35 in addition to its previously committed blocks on floors 11 to 16 and 28 to 31. The deal makes 3 World Trade’s 2.5 million square feet of office space only 28 percent spoken for, but it’s not a bad start for a fully speculative project that won’t be finished until 2018.

The GroupM expansion reflects a pattern of slow but steady lease-up at the site. In September, Moody’s took 75,000 square feet at the Port Authority and Douglas Durst’s 1 World Trade Center.

Meanwhile, the WTC Transportation Hub Oculus, underground pedestrian corridors and stores and restaurants controlled by retail leaseholder Westfield inch ever closer to opening — including Eataly, which might finally be ready this spring.

In a total surprise, Dennis Friedrich has resigned from his position as CEO of Brookfield Property Partners Global Office Division, Realty Check has learned.

Friedrich, 50, who will step down on Jan. 15, is said to have broken the news to colleagues just before the holidays. There was no word on a successor. Brookfield’s rep and Friedrich both declined to comment, but a source said, “It was amicable. He has a strong relationship with Global Office Division Chairman Ric Clark. There were no skeletons.”

Friedrich seemed as cheerful as ever at the Fried, Frank holiday party in early December. But sources suggested the growing complexity of Brookfield’s corporate structure made for an “overcrowded environment,” and Friedrich felt it was time go out on top rather than see his role diminished.

Adding to the complexity, the global office division that Friedrich ran is one of four different companies that comprise BPY.

As office division CEO, Friedrich presided over 115 million square feet of prime space in the US, Canada, the UK and Australia.

Among other milestones, his tenure saw the transformation of the World Financial Center into Brookfield Place with a stack of major new office tenants including Time Inc. and a completely redesigned retail mall; the launch of Manhattan West in the Hudson Yards area, which drew Skadden Arps as an anchor office tenant; and the $200 million recladding of ugly-duckling 450 W. 33rd St.

Friedrich was also credited with leading Brookfield’s recovery after Hurricane Sandy, when 30 million gallons of seawater had to be pumped out of 1 New York Plaza.

CVS Pharmacy has signed a lease for its 50th Manhattan store. The retailer, which has 7,600 outlets nationwide, will launch a 7,000-square-foot branch at Marciano Investment Group’s 292 Madison Ave. at East 41st Street.

The asking rent was $350 a square foot. Newmark Grubb Knight Frank handled both sides of the deal — Jeffrey Roseman and Nevin Danziger for the landlord, and Jason Pruger, Ross Kaplan and Trever Gallina for CVS.

Marciano has been repositioning the prewar tower with capital upgrades overseen by asset manager Herald Square Properties, including a $6 million exterior renovation with a 30-foot-high wraparound retail facade.