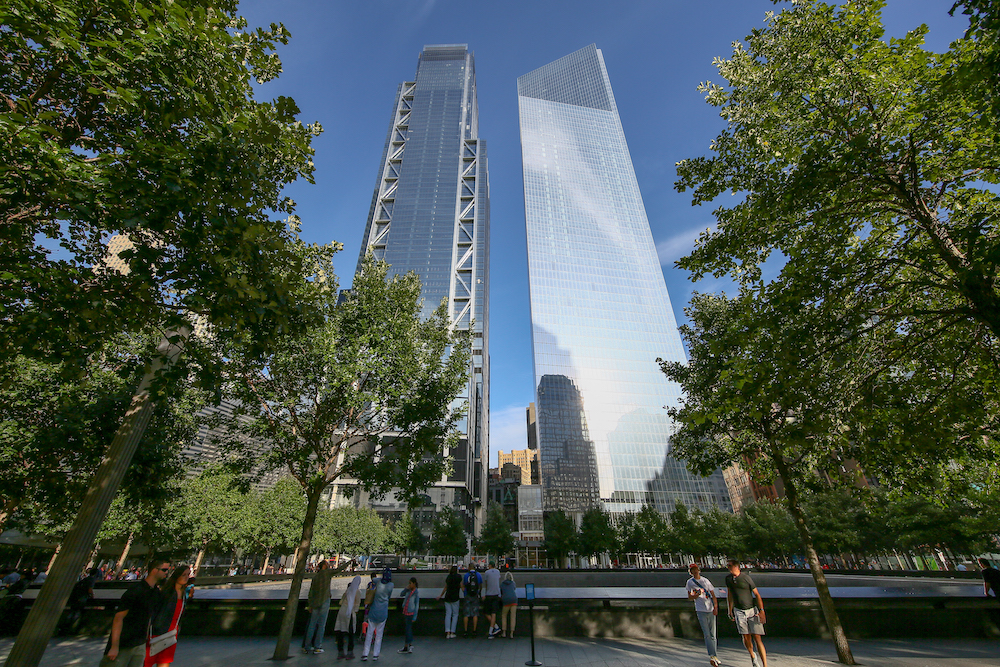 Silverstein Capital Partners’ Michael May on Why He Likes Big, Complicated Deals

Michael May has headed up Silverstein Capital Partners—Silverstein Properties’ lending platform—since its launch in September 2018. A co-founder of CCRE and former managing director at Credit Suisse, May has billions of dollars worth of loan originations under his belt and was ready to roll. Just as well, seeing as the first deal he signed up was a $240 million mezzanine loan for JDS Development’s mixed-use tower at 9 DeKalb Avenue, touted to be Brooklyn’s tallest tower when completed. Commercial Observer sat down with May at Silverstein’s offices to learn how he’s settling into his new role.

Commercial Observer: How did you get into real estate?

Michael May: I joke with people that I am in real estate thanks to one [experience] during my college days. I was working in a gyro shop and I got on a bus at the end of my shift. All the kids from my college [University of Maryland] were coming back from the bars and somebody sniffed the air and says, “Who’s got food?” and I realized it was just the smell of food on me! I decided that I needed to shift careers, so I picked up TheWashington Post, circled some ads and got a job in Arthur Andersen’s real estate consulting group, before moving to G.E. Capital a couple of years later. I then got into grad school [Columbia University]. I actually had the check on the table when I got a call from Credit Suisse asking if I’d like to join the bank as a second-year associate, which was a position that was one year more advanced than when you graduate from business school. So I said yes and saved myself some time and money. I was at Credit Suisse for 13 years. After the financial crisis, a group of us decided we still wanted to be in the lending business but at a non-bank, and we started the lending business at Cantor Fitzgerald [CCRE], which we did for eight years.

Did you have a break between CCRE and your new role?

I had six months off and I skied for 45 days of it. I learned to kite surf in Turks and Caicos, I went to Ibiza, I went to Burning Man . . . I had a great time.

What drew you to Silverstein Capital Partners?

Culturally speaking, this is a place that is warm and wonderful. Larry [Silverstein] is an icon and this company has an incredible reputation. This is a business in which it can be tough to get other developers to borrow from us because they may worry that we’re loan-to-own, but Silverstein’s reputation means that people trust that we’re going to do the right thing. Also, [Silverstein Properties CEO] Marty Burger has been one of my best friends for 15 years. The first construction loan I ever made was for Time Warner Center [while at Credit Suisse]; Marty was at Related Companies at the time and the borrower.

Not too shabby for a first construction deal.

No [laughs]. Time Warner Center was my first and The Plaza was my second.

Why was the fourth quarter of 2018 the right time to launch Silverstein Capital Partners?

Marty started raising money for this platform in 2016, well before I came onboard. Raising money takes time and he also has a different job, which includes building the World Trade Center, buying the ABC campus [laughs]. The lending platform was sparked by him not being able to find flexible, thoughtful construction capital for Silverstein’s projects. He thought, if it’s not available then there must be an opportunity to provide it. That was really the thesis behind it. As I’ve been bidding on deals, I keep looking for the Silverstein secret sauce; what can we provide that is different? And what is interesting to me is doing projects that are complicated and big and urban—projects that really require thought and understanding. The pedigree of this firm allows us to step into and really understand a construction project—it’s amazing how much information we have in-house here. I’ve probably looked at $10 billion plus of deals, and if—for example—there’s one in Astoria, then Silverstein has a bunch of parcels right around the corner, so they know the market, they know the city councilman, they know the pricing and they know what construction costs are.

We have a minimum loan size of $25 million and our typical transaction will be between $100 million and $200 million. As a matter of time and energy we’re focused on bigger transactions, so our first deal is a $240 million mezzanine position [in JDS Development’s 9 DeKalb Avenue]. We’re focused on major markets, Class A buildings and vertical rather than horizontal development. We’ve started in New York because we’re here and it’s easier, but we’re seeing deals all over the country.

In terms of property types, we’ll look at anything. We’re seeing lots of opportunities in condos because people are scared as pricing is going down. My belief is that if you understand construction and get in at the right price point in New York—well below the replacement cost—you’re safe. What scares me is that we’re seeing people doing bigger projects for the first time, and they’re inexperienced people who have had three or four smaller projects and are now going for the biggest project they’ve done. But because it’s their biggest project they have the least amount of money, and so they’re undercapitalized during development at the top of the market. It’s terrifying to me. But because we don’t want to be in the loan-to-own business we’re staying far away from those projects.

Is construction lending your primary focus?

Are you exercising any additional caution, seeing as we’re pretty late in the cycle?

Yes, I think you have to. This business is interesting because when you bid on projects and you lose, a lot of the time you lose because you bid against someone who thinks rents are going to go up and up. If you don’t believe that, you can’t underwrite a project to win—so you lose it.

Are you considering any opportunity zone plays?

I look at opportunity zones as just another form of subsidy. If you have a building and you get a tax abatement it’s just that much more attractive. What a lot of people have said, and I agree with them, is that certain people are doing deals in opportunity zones just because of the tax rebate. So, you’re going to see stupid real estate deals being done and the question is, where do those deals end up?

How do you see the platform evolving from here?

We want to grow. The concept is that we are an asset management company and we’re going to grow our assets under management each year. We’ve started off with amazing capital and we’re going to deploy it patiently. The market seems to be good, and between Marty’s contacts and my contacts we’re seeing a ton of deal flow.  We have the ability to be pretty picky, but when you’re seeing $20 billion dollars worth of deals, that picky 5 percent of $20 billion is still $1 billion. We’ll deploy the capital we have sometime [in 2019] and then raise additional capital from the same investors we have now.