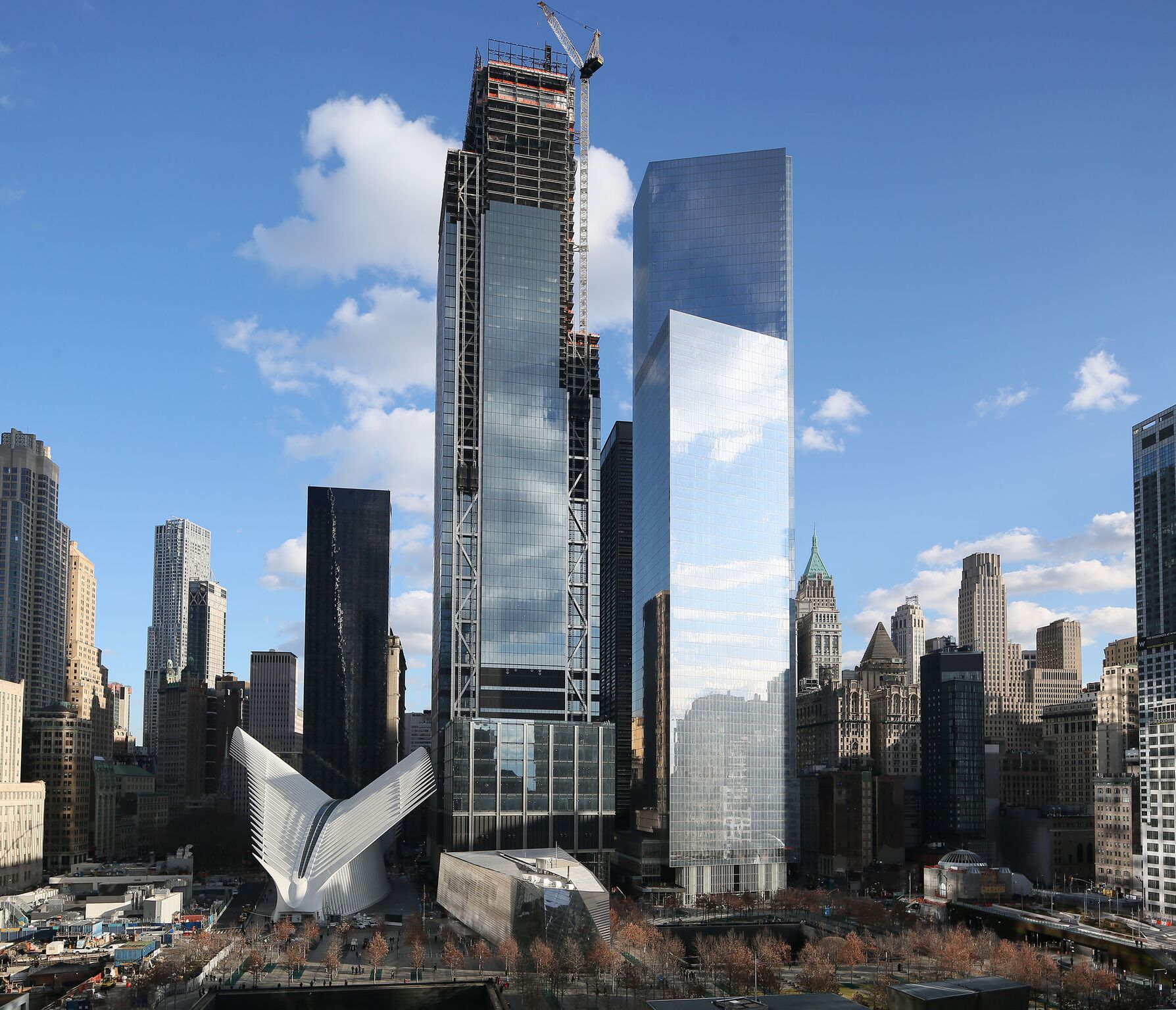 Spotify’s mushrooming work force will soon be streaming to Larry Silverstein’s Four World Trade Center, Gov. Andrew Cuomo announced Wednesday afternoon — and the deal is even bigger than it sounds.

The world’s leading music-streaming company signed a mega-lease for 378,000 square feet on floors 62-72 of the 2.3 million square-foot skyscraper. But it also includes an expansion option on floors 59-61, which, if exercised would bring the 72-story tower to 100 percent occupancy.

Spotify boasts 40 million paying subscribers worldwide. It will add 1,000 new jobs to the 800 it already has in the city, Cuomo said, when it moves next year from 620 Sixth Ave. at 18th Street. The firm had outgrown 160,000 square feet there.

The landmark deal further solidifies downtown’s stature as the go-to neighborhood for media, creative and tech firms — as Conde Nast, Group M and Media Math have each moved to the World Trade Center and Time Inc. has moved to Brookfield Place.

The Post first reported Spotify’s WTC talks on Nov. 18. Downtown sources said the asking rent was in the $80s per square foot.

Cuomo credited the Empire State Development Corporation with “providing a state subsidy to make the transaction financially viable.” The agency will spot Spotify up to $11 million in World Trade Center rent credits over the 15 years of the s lease.

What Cuomo didn’t mention, sources said, is that the credits were harvested from a shrunken deal at the Port Authority and Durst Organization’s 1 World Trade Center — where Beijing-based China Center scaled back a nearly 200,000 square-foot lease to just 35,000 feet in 2015.

“The state had to be creative in transferring the credits,” our source said.

Lease negotiations were led for Silverstein by his firm’s Jeremy Moss, with a CBRE team that included Mary Ann Tighe, Stephen B. Siegel, Ken Meyerson, Evan Haskell, Adam Foster, Steve Eynon, Robert Hill and David Caperna. Spotify was repped by JLL’s Peter (“Big Rig”) Riguardi, Ken Siegel, Alexander Chudnoff and James Wenk.
Tighe said, “We did this deal with JLL in 120 days, record time for a lease of this size, because Spotify was growing and hiring at such a rate, they needed immediate occupancy.”

Silverstein’s World Trade Center development president, Janno Lieber, said the site appealed to Spotify’s mostly young employees, many of whom live downtown or in nearby Brooklyn or New Jersey — an easy subway, PATH or ferry commute. “It was a huge factor in their decision,” Lieber said.

He added that Spotify was so eager to get to work, some 300 employees have already begun using the tower’s “Silver Suites” executive workspace on the 29th floor as a beachhead.

The company, founded in Stockholm and led by CEO Daniel Ek, was valued at $8 billion last summer. It was expected to go public this year, but recent reports suggested the IPO might be postponed until 2018 to give Spotify more time to firm up its balance sheet.

A source said that Silverstein — one of the hardest-nosed developers around — “took a very long, hard look at Spotify’s financials, a real deep dive.” It persuaded him that the company would have no trouble meeting its lease obligations.